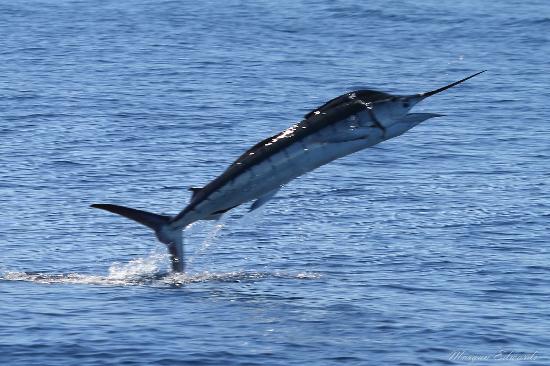 Costa Rica is a tropical country located close by the equator. The water around it is subjected to various micro climates and is enriched with nutrient attracting a plethora of plankton blooms. These tiny plankton initiate a perfect food chain and this is the reason why there are so many marine creatures in the Costa Rican water. Surrounded by Pacific Ocean on one end and by the Caribbean Sea on the other, the country provides superb opportunities for sport fishing. Whether it is an angler, a world class fisherman, or a novice traveler, sportfishing for game fish species is a real deal here.

The fishes have different interests and habits. Some of them dwell in the deeper areas while some live in the shallow coastal water. In addition to this, several of the species have a seasonal pattern. Depending upon the time of year, you can determine what kind of fish you are likely to catch. On your tropical respite in Costa Rica, don’t miss such a wonderful opportunity and fish to your heart’s content!

Following are the most common game fish species found in Costa Rica:

The yellowfin tuna (Thunnus albacares) is a type of marine tuna fish found in tropical and subtropical areas all over the world. Often called as ‘the ball of muscle’, yellowfin tuna is a strong fish which put up an amazing fight once it is hooked. The acrobatic jumps, runs and its constant striving can even make any professional fishermen give up! With its super fighting abilities and patience, yellowfin tuna provides a great challenge to anglers and fishermen. Once caught, it also makes quite a delicious meal!

Wahoo (Acanthocybium solandri) is a dark blue scombrid fish present in tropical and subtropical marine waters all over the world. It is one of the most sought after game fishes due its incredible speed, aggressive fights, and excellent meat quality. Catching wahoo is quite a challenge to sport fishermen. In Costa Rica, wahoo is served a delicacy in expensive restaurants. Hard to catch and rare to come across, landing upon a wahoo turns out to be a pleasant surprise.

Tarpons are considered to be a fabulous sport fishing catch. They are admired among sport fishermen as they present a great challenge due to their impressive size, amazing acrobatic moves and long fights that can exhaust even professionals. In Costa Rica, numerous sportfishing tournaments are held to catch tarpons.

Swordfish is a highly prized game fish that belongs to the family Xiphiidae. They are often categorized with the billfish. The elusory sport fish is quite hard to find and catch and it is a pleasant surprise to land on them. Swordfish are found in tropical and temperate areas of Pacific, Indian and Atlantic Oceans from the surface to the depth of 550 meters

Amberjack is often referred to as a fisherman’s friend. If you are having no luck on your sportfishing trip, an amberjack will definitely make your day! It is a good fighter, makes a good catch and is quite delicious as well! Amberjack features dark stripes that extend from nose to the dorsal fins. Costa Rican greater amberjacks are known to be the largest of the jacks. Their size goes up to 40 pounds!

There are numerous types of grouper present all over the world. In the tropical and subtropical areas, black and yellowfin groupers are the most common type. On your Costa Rican water, venture out to sail the Pacific ocean and look for a grouper!

Marlin is one of the largest fishes found in Costa Rica. If you somehow catch one of these super trendy game fishes, you will have a fabulous story to tell. In Costa Rica, blue, black and striped marlin are the most common types. Although, marlins can be caught throughout the year, the best months are from November to January.

The Indo-Pacific Sailfish, Istiophorus platypterus, is known for its awesome acrobatic moves and amazing speed. It is no doubt that the sailfish is one of the most popular game fishes in Costa Rica.

Sea Bass in Costa Rica can be found along the Pacific Coast, both offshore and offshore, such as in Flamingo Bay, Drake Bay, Quepos, Manuel Antonio, Tamarindo, Osa Peninsula, Guanamar, and the list goes on.

Snappers are found in tropical and subtropical areas of every ocean. They belong to the family of perciform fish called Lutjanidae. Snappers are mainly salt water fish but they are also found in freshwater such in estuaries and river mouths. Besides being the trophy sporting fish, snappers also make a good meal. Snappers in Costa Rica are present in Pacific Ocean, Caribbean Sea and freshwater estuaries. They are present throughout the year and no time is a bad time to catch them!

The snook (Centropomus undecimalis) is a salt water fish that belongs to the family Centropomidae of the order Perciformes. In Costa Rica, snook is commonly found in the shallow coastal waters of Pacific Ocean and Caribbean Sea as well as in lagoons, estuaries and river mouth.